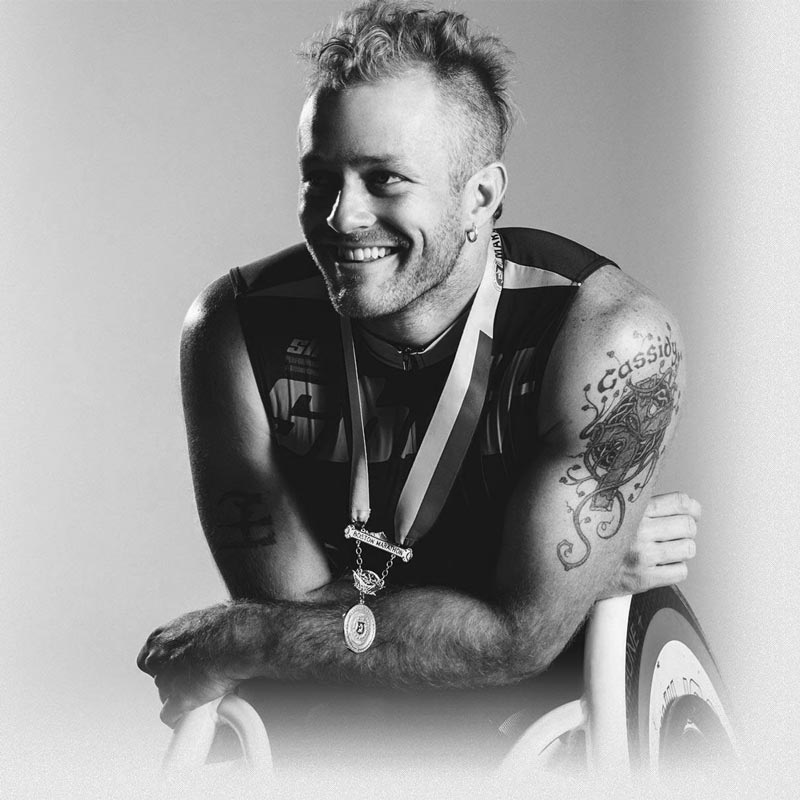 Joshua Cassidy is a 3 x Paralympian and is preparing for his 4th Paralympic games in Tokyo. He is a 31 x racing champion with world record times at the 2012 Boston Marathon. The oldest of 10 children, he spent his first 5 years in hospital fighting a non-congenital cancer – and won.

Having a family where affection and love mattered as much as discipline and finding your own way, Josh faced the world with a tenacity unparalleled. Having had mentors who helped him along the way, he found a love and passion for racing, even if he had to bleed internally to prove it. But Josh has another muse and we explore this as well. And we expect that he will be spending the “passion, the dedication and the time” when post-world champion Josh finally retires his racing gear.